What is a child’s need? Have we ever thought about it? When needs of young children arise and they express them by crying, we as adults assume what they need without much observation or consideration. We take control and do not allow the child to try to meet his or her own need. As independent adults, when we face problems, we like to think, “Let me figure out for myself what I can do.”

A child also has the same need. He needs to explore all the small things in this big world. He wants to learn to turn, crawl, walk, run and jump all by himself. He wants to understand the movement of his life. He wants to understand a family he belongs to. He wants to be a part of the family and does not want to be treated as an incapable person who is dependant on an adult. He wants to fight for himself in a situation where he can defend himself. What do you think may happen if he is not allowed to do so?

“We grown-ups are inclined to think that no one really works but ourselves. It is we who earn a living, it is we who have built us the civilization we live in, we who work looking after our homes and children … What work does a small child do? A few lessons perhaps, a little task to help mother … and the rest–play, an aimless carefree unimportant pastime. Of course, we grown-ups work, I don’t deny that. But I do most emphatically say that a child works quite as hard as we do, but in his own way.” – Maria Montessori, Montessori Speaks to Parents

In this video my eighteen months old child saw his older brother sleeping on my lap. He felt insecure and tried to pull his hand to make place for himself. He then realised that he could not do so. He then tried to use force by hitting. When that didn’t work he started to cry.

I observed him but did not immediately rush to his rescue. My older child needed some time with me too and his dad was around to satisfy the younger one’s need for security. His dad took him to a window to see a bird. After feeling secure, he came back to play in the same room and was least bothered about his brother sleeping on my lap. In this way, both my children had their needs fulfilled.

“I do say that ‘don’ts’ are far less effective – indeed they are often definitely harmful when they fill a young child with fear or resentment – than providing him with some alternative activity at which he may work joyfully, forgetting all about the previous activity or behaviour which you were anxious for him to stop. “ – Maria Montessori, Montessori Speaks to Parents

Similarly, if the situation was handled yet in another way; wherein, the power of the younger child was tested against his brother’s, and he was allowed to cry in frustration for long. Imagine him having repeated experiences of trying to overpower his brother or an adult in this manner where he simply cannot win. This would lead both children to experience unfair power struggles which would later lead to consequences like bullying or getting bullied.

“An adult, however high or low he may be, is always a powerful being in comparisons with a child…carried away by his dreams, a child begins to exploit him…there comes at last a clash and violent struggle. A child’s whims become the scourge of an adult who suddenly realizes that he has been at fault.” – Maria Montessori, The Secret of Childhood

I might sound too extreme about a small incident, but I believe that just like an ocean is made with drops of water, the men that my children will become are made by these experiences. 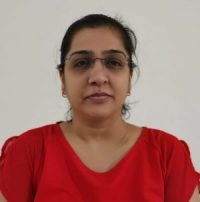 Vidya is a Montessori Guide at Eager Kids Montessori. While she strongly believes in freedom and choice, she can also be firm when she needs children to follow rules, to ensure freedom within limits.